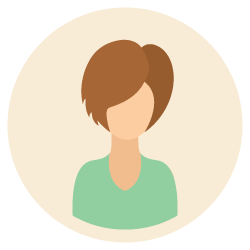 When I got divorced, I thought that things were going to get better for me. I knew that I would struggle a bit financially to pay the spousal support and child support that the court ordered me to pay, but I didn't think that it was going to be so much that I would begin getting behind on other bills that I have. Unfortunately, that is exactly what happened. I managed to stay current with the support I owe, but I fell behind in all of my other payments. With a few changes and a good bankruptcy attorney, I am on my way back to financial stability.

What Reastructuring Your Debts In Bankruptcy Means
12 May 2020

Chapter 13 bankruptcy is a part of the system that …

Read More
What Is The Point Of Filing A Chapter 13 Bankruptcy?
5 April 2019

A bankruptcy attorney is one of the most useful re …

A chapter 7 bankruptcy can help relieve you of the …

When filing for Chapter 7 bankruptcy, one of the m …

Many people like the idea of Chapter 13 bankruptcy because it involves restructuring rather than outright liquidation. It's easy to see it as a kind of debt management program rather than as a fire sale on all your belongings. However, getting started requires forms, and lots of them.

Start Your Chapter 13 Bankruptcy with the Right Forms

Like most things involving bureaucratic processes, you have to steel yourself for a lot of paperwork. This is less of an issue if you hire a bankruptcy attorney, but if you want to go it alone, you'll need to find all the proper forms.

The government has a handy list of forms for you to peruse and download. But that sheer glut of information can put a damper on your resolve to file for Chapter 13. Luckily, there's one form out of the group that can get you started on the right path. That form is B200, or "Required Lists, Statements, Schedules, and Fees."

Using B200 to Get Started with Chapter 13

Once you look at the form, you will see that it's exactly what its name implies. It's a list of the forms and fees you will need to file for a few different types of bankruptcy. Find the list for "Chapter 13 Case" and you will have a good place to start with.

The very first thing it tells you is that you will need to pay a fee in installments, and that fee must accompany the first form. From there, it's a series of checkboxes that you need to get through.

B 3A: Application for Individuals to Pay the Filing Fee in Installments – Literally an application for sending the initial fee. After the court processes the application, there's an additional, administrative fee for that.

B 1: Voluntary Petition – This is the actual petition to the court. It's a lengthy document that asks you for your name, contact information, and other personal information. It also asks for the names, details, and contact information for all of your creditors.

After these two forms, it becomes a lot more difficult. For example, the next form listed in this section of B200 gives an "if" and so does the following point on the list. This is where you can start making mistakes if you're not careful.

There are also specific actions for some of the forms that have nothing to do with filling them out. The third form listed is actually two. B 201A and 201B. These are actually forms the court gives to you, not the other way around. 201A is an explanation of the bankruptcy process.

The form 201B is the one that you would send to the court, as it's a statement confirming that you've seen and read 201A. This is just to illustrate to you why you have to show extreme care when going through the steps listed in B200.

If you don't fully understand what the form is asking you for, go back to the list of forms mentioned previously. For each form, there is a section that has "form instructions" as well as "committee notes" on the form itself. This can prove invaluable once you start the process.

The Internet is also a treasure trove of information for those attempting to do their own filings. If you don't understand something, or a turn of phrase in one of the forms doesn't seem to make sense, then look it up.

Filing for bankruptcy isn't always filling out the proper forms. Like most legal proceedings, there are procedures, rules, and things that most people don't know going into the process. If you become absolutely stuck or hopelessly confused at any point, consider speaking to a bankruptcy attorney (such as Curtis H. Hatfield Attorney At Law).